Connor Remodeling & Design Inc. is a unique remodeling company. We are passionate about helping people create the lifestyle they have always dreamed of and deserved. With over 50 years of dedicated service we feel that our professionalism, customer service, and attention to detail are second to none. It takes a special team of designers and craftspeople, to achieve this level of performance. Our winning team is comprised of members who have substantial background in the remodeling industry. The team includes Nationally Certified Remodelers and Certified Lead Carpenters.

At Connor Remodeling & Design, we pledge that each client will feel that their project is the most important thing we do each day. We promise to deliver a finished result that will exceed our client’s expectations and deliver value and quality for the price charged. 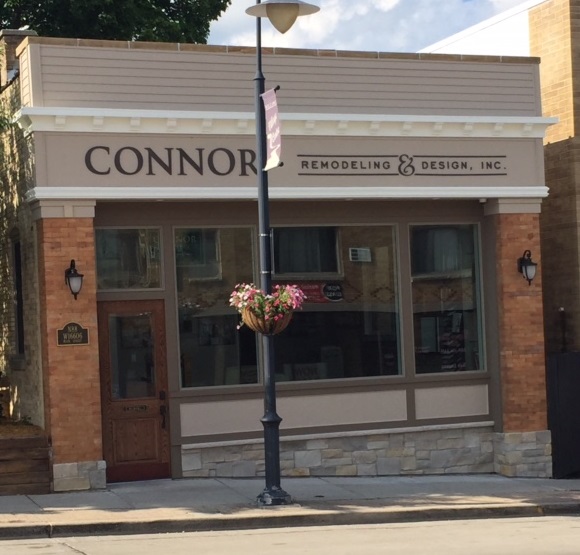 Ken began his career in the remodeling industry in 1984 as a sales apprentice and within one year Ken was successfully managing complete remodeling projects consisting of roofing, siding, carpentry, gutters, masonry and sheet metal. Ken’s desire to expand into interior remodeling resulted in a total commitment to learn all he could through books, seminars and simply talking to everyone he knew. In 2000 Ken achieved the status as NARI Certified Remodeler, he has and continues to serve on Milwaukee NARI committees as well as serving as a repeat instructor for new potential Certified Lead Carpenters and Certified Remodelers.

Ken continues to be committed to producing and managing award winning projects that have included whole house remodels, lower levels, kitchens and bathrooms. Recent Wisconsin Remodeler of the Year Awards were received in best Kitchen Remodel in 2007, best Bathroom Remodel in 2008, Universal Bathroom remodel in 2008 and a Gold Award for Best Bathroom was achieved in 2009.

Kevin has been involved in the remodeling industry since 1990. His education began as a field worker where he worked on various carpentry projects such as additions, kitchen, bathrooms and lower levels. Kevin later advanced to crew leader and was in charge of all production aspects of the projects. In 1999 he successfully achieved the status of Nari Certified Lead Carpenter (CLC), and one year later in 2000 Kevin became one of the first individuals in the nation to achieve the level of Certified Remodeler (CR) along with his CLC certification.